Goodbye drenched Minnesota! You tried to keep me there so hard with your flooded rivers but somehow you couldn't. I'm headed to a little island in the Mediterranean Sea called Malta! Below is a view out the window of my air bus as I took off from the cities. 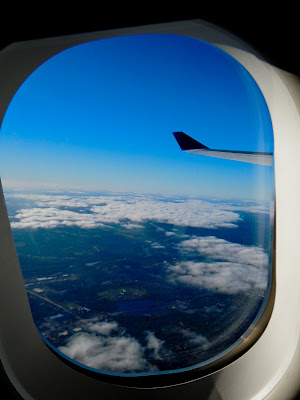 The flights went well and were pretty uneventful. Even though the flight went all through the night I didn't sleep a wink. My flight arrived 45 minutes early in Amsterdam and I had a 5 hour layover to wait for my flight to Malta. 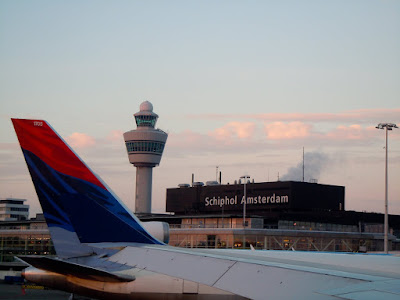 After spending 3 Euros on 15 minutes of internet and sending out a few brief messages (15 minutes of internet doesn't last long) I lounged around and didn't accomplish all that much. I went to Starbucks and got a grande caramel frapp to wake me up, and eventually boarded the plane, waited some more, and finally was airborne headed for Malta! 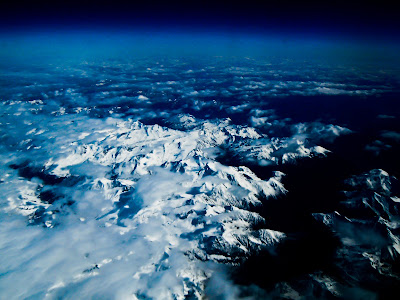 I flew over the Alps and got a quick picture of those beautiful mountains. It felt just like flying over Colorado but thinking about Hannibal crossing these mountains with the Carthaginian army set it apart. 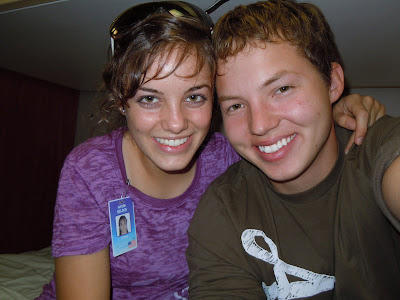 So, I'm not sure if you can tell but I was really really tired on arrival thanks to that girl in the above picture! I was so crazy excited I couldn't sleep on the plane and when I finally arrived in Malta I collected my luggage and walked out the doors to be greeted by the many people waiting to pick up the arrivals and then I saw her. I don't remember much else because I pretty much couldn't think from that point on. I had thought of all these things to say when I saw her but the only thing I could manage was a permasmile that lasted until, well, it's still there. Naomi is amazing! After being gone I realized how much I really missed her while I was gone! 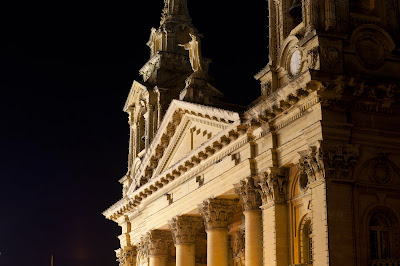 Malta is really beautiful but to be perfectly honest I've been a bit preoccupied with catching up with people, work, and getting ready to "meet the parents".
TBC
Posted by Unknown at 1:33 PM

That is so great! I can just see you with that silly grin on your face. Now you will have to update us all about the "meet the parents" part!

Gorgeous pictures, Ben, and ditto to your mom and dad's comment...can't wait to hear how it goes meeting Naomi's mom and dad!