So here it is; today I officially have SP with Naomi Sue Nelson! I’ve wanted to tell the world about this for a long time now but without the permission of having SP nothing was truly official until now. I really can't believe this day actually came! It was a long hard road to traverse but we made it!

Okay so some of you are like "What in the world is SP?" and I'd like to explain. SP is something that Operation Mobilization has crafted in order to help keep interaction between people of the opposite gender restrained so that you can stay focused on serving God and be efficient in your work. The rule restricts all relationships for the first year of serving with OM and then after a year you can apply for something called SP or Special Permission.

So the problem is this; I joined OM and the Logos Hope in January. I've been informed that a typical year has 12 months (I tried to convince them that my culture believes in 1 month years but they didn't buy it...) and therefore I would have never been allowed to get SP while on board. That is the basic explanation of the ship policy on relationships. 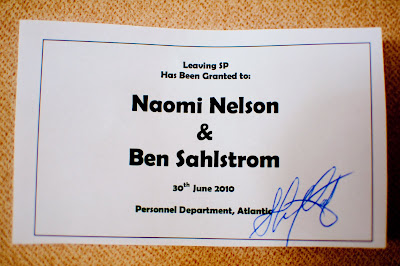 I met Naomi about 10 days after I walked up the gangway in Aruba as a STEPper during the sail to Jamaica. It was my first sail and one evening while up on the upper decks of the ship I started talking with her and we hit it off! It turns out she has a big family too! The things we had in common were crazy and within two weeks we both knew that there was something different between us. We knew that it wasn't allowed during my first year (Her first year was already up.) and so we had to go talk with Personnel. They gave us good guidelines with how to act and where and how we could see each other. No time was allowed to be spent "one on one" at all.

Since then we've had ups and downs working with the frustrations of hiding all of the emotion and things we wished we could do for the other. We kept in contact mostly via email, chat, and phone (As if it was already a long distance relationship while literally in the same boat!) which worked but was frustrating knowing that the person was only a few steps away from being able to talk in person but it wasn't allowed. You can see how this would be trying at times.

After talking with Personnel multiple times they have decided to grant us “Leaving SP” for two weeks before I leave because we can never get SP because I can’t stay for an entire year. Even if I was able to stay for a year she would leave right before my year was up! The grace that they are showing us is one of the most amazing things that has happened while on the ship. The very best thing about all this is that God has been at the center from day 1. God has provided me with strength and perseverance to endure and excel in my work on the ship. 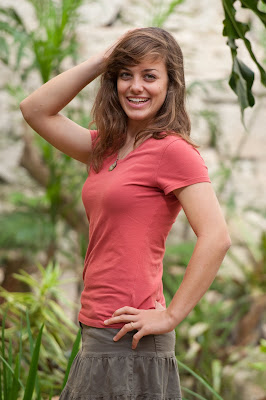 A little about Naomi:

She was born in Indiana and when she was 1 her parents moved to Hong Kong as missionaries and moved to China when she was a junior in high school. She is the oldest of 9 kids and they were homeschooled. After high school she became interested in the ship after the Doulos (Now retired) visited Hong Kong and after some prayer decided to apply to work on the ship. On the ship she has worked in two departments. For the first 7 months she worked in Accommodation. Her passion wasn’t for vacuuming and cleaning though and really wanted to work in Deck with Marine Operations and would spend her free time learning all about sailing and all sorts of things I would never care to know! She knew more about the department than most of the people serving in Deck knew! She finally was able to move to Deck which was a miracle because they don’t normally take many girls into the department because of the nature of the work. She is hard working though and probably gets more done than others that are much stronger than her. Everything went well for her until I showed up and turned everything upside crazy! :P

She has a blog that she maintains if you’re interested in checking it out.

So we now have 14 days before I leave. 14 days of SP. 14 days where we can sit and talk and not worry about being in a group or the people around us. 14 days before we embark on a long distance relationship that will be trying and rewarding. I believe that God has made it work thus far and I believe He will continue to guide us as we move forward.

“Now all glory to God, who is able, through His mighty power at work within us, to accomplish infinitely more than we might ask or think.”

“And that’s all I have to say about that.”

I can't believe it Ben! This is so exciting for you guys! And she's absolutely gorgeous. :) I'll be praying for you and her over the next months. keep us updated!

Ben I'm so happy for you! I hope that you are having a blast! Can't wait to see you again! Talk to you later,Big Brother!
love,
~Becca