One day at a time. That was the motto for our stay in Jamaica. We broke the record for the number of people visiting the ship in one day and there were many days that deck 4 was at maximum capacity for most of the day.
This HDR of 8 pictures was taken in Kingston of the coal berth. 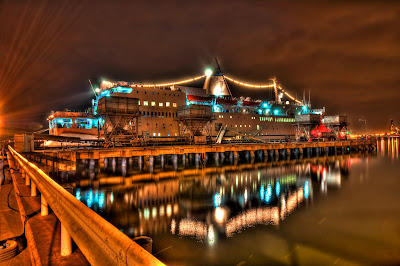 We were in two different ports during our nearly 2 month stay in Jamaica. The first port was Montego Bay which was the nicer of the two. Things were a little neater because of the cruise liners and touristy mindset. Here are some of the numbers from Montego Bay

Number of free evangelistic items given out: 72,044

View from deck 9 in Montego Bay. 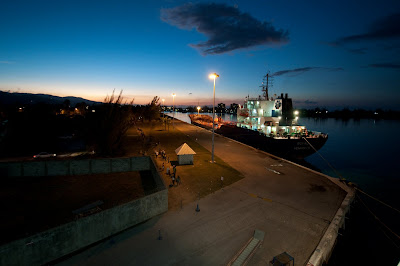 Kingston was our second port. When we arrived and saw the berth that we had to tie up to many of us were very surprised. Not only was the quayside small with many obstacles making it difficult for the arrangement and placement of the gangways but everything was covered with coal dust because coal ships would come and unload coal for the nearby cement factory. Dealing with this much coal dust was a huge challenge for the accommodation team and now that we’re not at that port any more they have been shampooing every carpet in the entire ship. This is a lot because the entire ship (Except for a few areas) is carpeted. Even with the difficulties, Kingston was such a great opportunity to serve the people of a country with the third highest crime rate in the world. God used the Logos Hope in Kingston. Here are the statistics:

Number of free evangelistic items given out: 118,672

HDR of the cement factory. It was tricky making it look beautiful for you guys! ;) 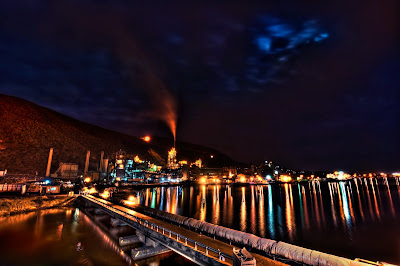 Today is Good Friday and I just want to take time to really reflect on what Jesus did for us. Without Him I wouldn’t be here today and you wouldn’t be reading this. If you haven’t already just take a moment to thank Him for the sacrifice He made that we may be saved. Praise the LORD for all He has been able to accomplish through the Logos Hope. Thanks for your support and prayers.

Awesome Work Ben!! I love the HDR's!! and hearing how your mission trip has been going was wonderful too!! Praying for you :)

I feel like shouting! To know that the good news of the gospel is being spread in such great numbers and knowing that you are a part of it makes me so thankful. We can hardly wait to see you!

The HDR picture of the ship takes my breath away! And thank you for the update. It's wonderful to hear how you are doing and to hear of all the people you are reaching with the ship. Wow!