My dad has been getting into the remote control airplane world lately. He seems to enjoy being able to escape from the house and relieve the heavy stress of being a dad to 9 kids by going out on a still day and giving his plane some air time. He is getting better all of the time and is hoping that he will be able to fly his other plane soon. His other plane is much faster flying, and has the ability to do barrel rolls and climb up at a steeper degree. I have a model helicopter that I have posted about before which has complications right now. The main control box has been doing very interesting things that are not beneficial to the machine so it is on bed rest for now. 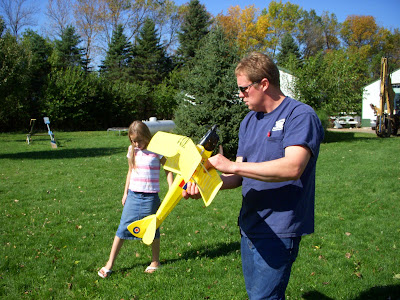 He is fairly predictable with his flight now, but when he started you had better not be in the way and if you were you had better move. This is actually his second plane of this type. His first one was smashed and glued and then smashed again and it got to the point that it could not fly due to the weight caused by the great amount of epoxy that was holding the plane together. 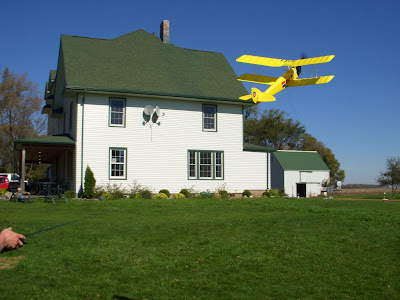 He has been able to do a few very risky moves without any major damages to his piece of work. One time he did a dive and barely pulled out in time to avoid the fast approaching ground. The wings were pulled up into an even sharper V shape but he was at least able to land in one piece. 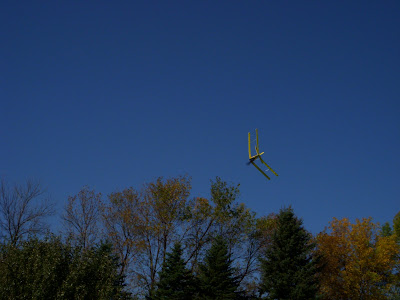 I think that model airplanes are a wonderful constructive hobby that can be learned from, therefore making it somewhat profitable to buy yourself one and learn all of the components that are in a small airplane. Giving you the ability to identify parts on real airplanes and therefore gaining life skills. 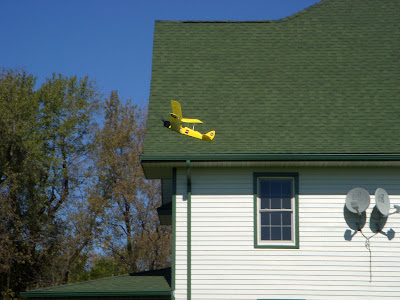 Hope that you enjoyed this post! I am doing some of my posting for composition practice so you are my faithful reader that is at the mercy of what I choose to type.

Very nice composition Ben. Flying model airplanes looks like fun, but something tells me that I wouldn't be very good at it!